What is Alzheimer’s Disease? [Risk Factors and Symptoms] 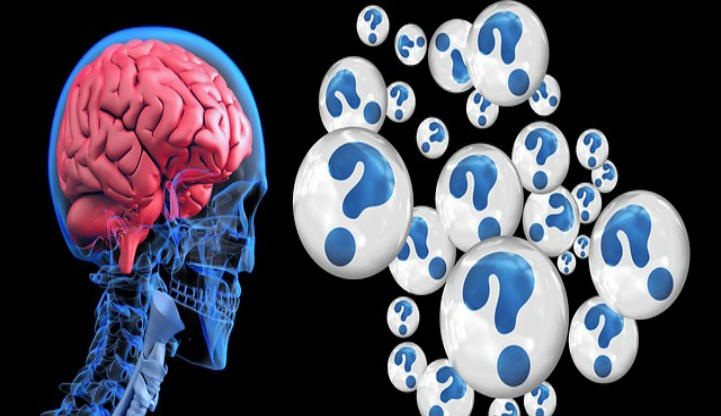 What is Alzheimer’s Disease?  An Overview of Risk Factors, Brain Changes and Symptoms.

Alzheimer’s disease (AD) is characterized by memory loss and impaired cognition, as well as changes in behaviour, due to the brain’s inability to function normally.

Alzheimer’s disease is the most common form of dementia. It affects two percent of older adults aged 65 to 74 and nearly 20 percent of those aged 75 to 84, a figure that rises to about 50 percent in elderly over 85 years of age. This accounts for more than five million Americans. It is expected that 15 million people will have Alzheimer’s disease by 2050 in the US.

Although the likelihood of developing the disease increases with age, Alzheimer’s does not affect only the elderly. For every one hundred AD patients, ten are diagnosed between 40 and 50 years of age. This form of the illness is called early-onset Alzheimer’s disease.

Besides age, factors most commonly associated with the development of AD include head injuries, infections, being on hormone replacement therapy (HRT), hypertension, diabetes, obesity and smoking. However, the results from studies conducted on these factors are inconclusive and, in some cases, even contradictory. Researchers believe that a combination of several of them is likely to be involved in the development of the illness.

When AD sets in, a particular type of brain cells starts degenerating. These cells are called neurons or neuronal cells. The process begins in specific brain areas, years before the first symptoms appear, and progresses slowly until the cells die.

The brain of people with Alzheimer’s disease shows deposits of a protein called beta-amyloid. This accumulates in abnormal amounts around brain cells to form amyloid plaques. Inside the cells, deposits of another protein, tau, form thread-like, spindle-shaped structures known as neurofibrillary tangles.

Plaques and tangles are the hallmark of Alzheimer’s disease, and are thought to play an important role in the neurons’ death. However, the mechanisms by which they act, and how they relate to the development of the illness, remain unknown.

As the disease progresses, an increasing number of neurons die, making it impossible for the brain to function well. This phenomenon is associated with tissue loss, which causes the brain to shrink. Shrinkage is particularly accentuated in a brain area called hippocampus, which is essential for the formation of memories.

Forgetfulness is the most commonly known symptom of Alzheimer’s disease. It is usually also the first one patients experience. Initially, they may have occasional memory lapses, like forgetting a name or leaving the cooker on. But, over time, the problem becomes more serious and they may start forgetting things and skills that are crucial to independent living, like what money is for, how to get home or how to drive.

Memory loss alone doesn’t mean having Alzheimer’s disease. Most patients also experience other symptoms. These include:

●Impaired speech. The person struggles to find the right words–a condition called dysphasia–or uses meaningless ones. Sometimes, they invent entire sentences to fill gaps due to their memory problems. This is called confabulation.

●Difficulty in performing everyday activities, such as shopping, cooking and taking medications. And later on, when the disease has progressed to a more advanced state, also difficulties with eating, dressing, bathing and toileting.

●Wandering. Together with memory loss, this is probably the most commonly known trait of AD. It is a constant urge to walk or pace, which may lead patients to venture outdoors, putting themselves in danger.

●Disinhibition. This includes anything from disrobing, making sexual remarks or rubbing genitals in public. In most cases, such behaviors are ways to express unmet basic needs, such as feeling too hot or needing to go to the bathroom.

●Hallucinations and delusions. Hallucinations are objects or people the person perceives as real, even if these are not there. Delusions are false beliefs, such as thinking that someone is stealing or that there is a stranger in the house.

●Physical and verbal aggressive behavior. The person may become angry and abusive and may refuse to be cared for. This is often accompanied by disruptive vocalizations, like repeating the same question over and over again, and repetitive screaming or yelling.

Like memory loss, these symptoms tend to get worse as the disease progresses, until the patient becomes dependent on others for their care and safety. Not all patients with Alzheimer’s have all the symptoms. The severity and duration of the latter also vary from person to person.

In summary, Alzheimer’s is a brain illness with age as the major risk factor, and complex traits. Memory loss is the most apparent symptom, but is not the only one. As neurons die and beta-amyloid plaques and tangles form in the brain, patients experience behavioural changes, including impaired speech, wandering, hallucinations, delusions and aggressiveness, which negatively impact their wellbeing and quality of life.

How to Take Back Control of Your Life After an Injury