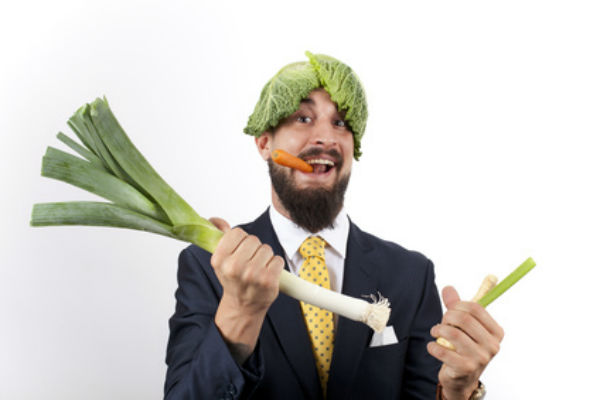 In this article, we will discuss the top 10 weirdest diets EVER.  Number 1 is gross, number 4 is dangerous.

If you think the cabbage soup diet  or the military diet are strange then read on because you’ve not seen anything yet.

Excess weight is one of the greatest challenges that most people face.

Keeping fit is a dream for every person. Every person looks forward to having good health.

Most people have desperately pursued weight loss by following weight loss programs and dieting. But I hope you never get so desperate that you follow one of these diets below:

This is actually one of the weird diets in history. Of course there is no need to follow a healthy meal program. When you can easily have your body cleaned by a ravenous parasite. During the 20th century tapeworms(1) used to be sold in pill form for dietary reasons.

People used to eat them more for weight loss reasons. The United States Govt. outlawed the sale of baby tapeworms. When they started attaining 25 feet and causing meningitis and seizures. There was a lot of side effects including cyst on eyes, brain and spinal cord.

During the 1930s if you could not easily melt your fat away. Then you could wash it away with soap products such as “FAT-O-NO”. They could also use the “Fatoff”. They had to scrub hard, as it turned out these were just hand soaps!.

If you’re feeling hungry, you need to pop a cotton. Most people say that they don’t contain calories and they’re tasteless. These are actually among the known weird diets ever existed in history. If you have been looking for weird diets, this is one of them.

Believe it or not. Sometimes a cigarette can be taken as a meal. This is weird and unbelievable. In the 1920s those that were hungry were advised to take a cigarette instead of eating. Smoke a cigarette until you’re full. The weird thing is that medical practitioners prescribed it. The doctors argued that too much food will kill you but cigarette’s will only cause cancer. Luckily the medical profession has moved on.

This diet dates back to the 1960s. The diet plan sold more than two million copy’s. The idea was simple and compelling especially if you like alcohol. Drink alcohol with every meal. It was actually a form of diet. You’d not believe this. Vodka and gin were the commonly used form of alcohol used in this so called diet.

Of course you cannot eat while you’re asleep. Elvis used to take this diet. He actually encouraged people to take the diet in the 1960s. But judging by the size of Elvis in his later years the diet didn’t work that well.

In the 1820s Lord Byron(2) the famous English poet was accused of being anorexic. This didn’t stop him from taking vinegar in his diet. He advised people to drink alcohol in plenty. He also encouraged people to take a cup of tea and one raw egg after taking vinegar.

The weird thing is this diet probably worked because you’d have diarrhoea and vomiting and that would certainly help weight loss!.

This diet isn’t quite as weird as first seems. . Have you ever seen a fast-food restaurant that was blue? There’s an interesting reason for that…fast-food joints make a lot when you eat a lot. Many colour psychologists agree that blue acts as an appetite suppressant.

In the 1930s, Sylvester Graham used to minister in the Presbyterian Church. He was a vegetarian and also believed that too much sex made people fat or increased weight. He’s is known as the founder of Graham cracker. As you can guess the no sex diet didn’t last long.

There was a guy called Horace Fletcher. The guy was a great masticator. It was in 1903 when Horace asked people to chew each bite 32 times and then split out the remains. This dieting gained popularity. But not for long!

Think Small to Get Smaller.

This is probably not the weirdest diet it’s actually backed by science.

Most of us think in terms of three square meals a day: breakfast, lunch and dinner. But research indicates that by dividing exactly the same amount of calories into five or six little meals a day your blood sugar spikes less.

Spikes in blood sugar can make you very hungry, so if you want to get less hungry, eat smaller meals throughout your day. Hunger is a distraction that makes it difficult to lose weight fast. Another take on this is to use a smaller spoon!

The above diets are the most weirdest diets in history. They show you the lengths some people GOTO, to lose weight. Don’t fall into this trap. Weight loss starts by eating natural food and exercising. If you burn more calories than you eat YOU will lose weight.

How to Manage Pain through Physiotherapy