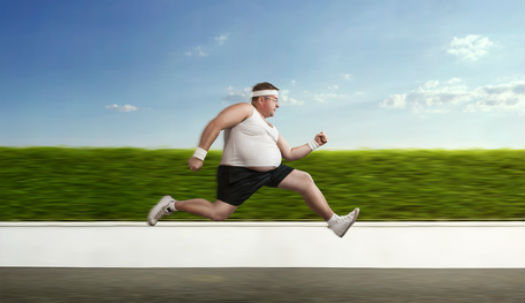 If you want to lose weight then you need to understand the thermogenic effect of food on your body.

In this article you will learn some interesting facts about how food can effect your metabolic rate and consequently how food effects weight loss.

Thermogenic Effect of Food (TEF) which can also be referred to either as “Diet-Induced Thermogenesis” or the “Specific Dynamic Action of Food” is the overall increase in metabolic rate experienced after eating food.

Metabolic rate, in this case, is the average rate at which the human body burns calories.

Your body is required to expend some calories (energy) that will be used to digest, absorb and even store the nutrients obtained from the food you have eaten.

There are various types of foods and some have been scientifically proven to have a higher thermogenic effect than others.

There are certain factors that may influence the thermogenic effect of food and they include body composition, genetics, hormone levels, meal frequency, age, gender, meal size and meal composition among others. It is a generally accepted fact that proteins have a thermic effect of between 20-35%, carbohydrates 5-15% and fats 0-5%.

Understanding the Thermogenic Effect of Food

This informative article is going to answer the common question which kind of food generally has the highest thermic effect while introducing you to some popular foods that have a higher thermogenic effect. But firstly, we show you the top 3 Macro-nutrients and their Thermogenic Effects:

Of all the three macro-nutrients discussed in this article, proteins induce the largest thermic effect. High-quality protein foods not only have the highest thermogenic effect but also provide a relatively high degree of satiety. Thus; helping you feel fuller than you actually are. Some of the common protein foods include fish, eggs, dairy, legumes, seeds, nuts, sardines, salmon and lean meat among others.

Carbohydrates, which are the macro-nutrients that provide your body with the much-needed energy, all have a maximum of four calories per single gram. However, despite this uniform energy (calories) some carbohydrates have been scientifically proven to have a higher thermic effect than others.

It is recommended that you consume high-fiber carbohydrates like spinach, asparagus, sweet potatoes, broccoli, yams, oatmeal, multigrain cereals, brown rice, apples, oranges, and pears if you want to significantly boost your metabolism.

These macro-nutrients have the lowest thermogenic effect. This means that fats only require the least amount of energy possible to be digested. It normally takes hours before the digested fatty acids reach the blood stream, hence; you are guaranteed to feel fuller once you eat foods rich in fats. There are three types of fats (unsaturated, saturated and Trans fatty acids).

Saturated fats are types of fatty acids that are derived from plants and animals. Trans fats, on the other hand, are special types of unsaturated fats that go through the hydrogenation process. There are no good or bad fats so you should consider eating all of them regularly.

Below you will find details of 5 foods with the highest Thermogenic Effect on your body and hence this will help with your weight loss journey.

This potent herbal beverage contains caffeine and catechins which are the two substances that are responsible for Green tea’s high thermogenic effect. “Epigallocatechin gallate (EGCG)” is a potent catechin compound found in green tea.

That actively works to increase the food/ beverage’s thermic effect through temporarily speeding up your body’s metabolism and inhibiting a particular enzyme. You should only drink at most four cups of the herbal tea regularly as overusing it may affect your thyroid and sleeping patterns.

According to a scientific research that was published in the March 2010 medical journal “Pharmacological Research,” coconut oil contains medium-chain triglycerides (MCTs) that promote thermogenesis and inhibit fat deposition in the human body.

Unlike long-chain fatty acids, medium-chain fatty acids have been scientifically proven to be quite effective in boosting metabolism and burning stubborn body fat. This alone makes the superfood a key ingredient in most effective weight loss programs. Coconut oil has many uses, it can also be used on your hair and skin.

All hot peppers, especially Cayenne Pepper contain a special compound called “capsaicin.” This beneficial compound is the one responsible for the peppers’ hot, burning taste. Apart from that, capsaicin also actively heats up your body, thus providing you with the potent thermic effect.

You can either cook hot pepper or opt to eat it raw. Capsaicin has also been scientifically proven to stimulate the massive production of the fat metabolizing enzymes while decreasing the rate at which cholesterol is absorbed into the body.

Black pepper, which is also a popular type of hot pepper, contains a compound known as “piperine(1)” which has been discovered to influence thermogenesis simply by stimulating the central nervous system (CNS).

This is a superfood that has almost everything you need to live a healthy life. This is because Kale is fully loaded with various minerals (iron and calcium), phytonutrients, fiber, vitamins (Vitamins A, C, and K) and trace elements among others. The superfood contains various thermogenic properties and is relatively low in calories. Kale’s high fiber content can make you feel fuller than you actually are.

Cabbage which is very popular, especially with people who wish to lose stubborn body weight fast also has a relatively high thermic effect. This thermogenic food just like Kale is extremely low in calories and is high in dietary fiber. Apart from being a nutritious food, cabbage is also full of potent compounds that can provide the body with various health benefits.

Powerful Propolis Benefits For Your Health