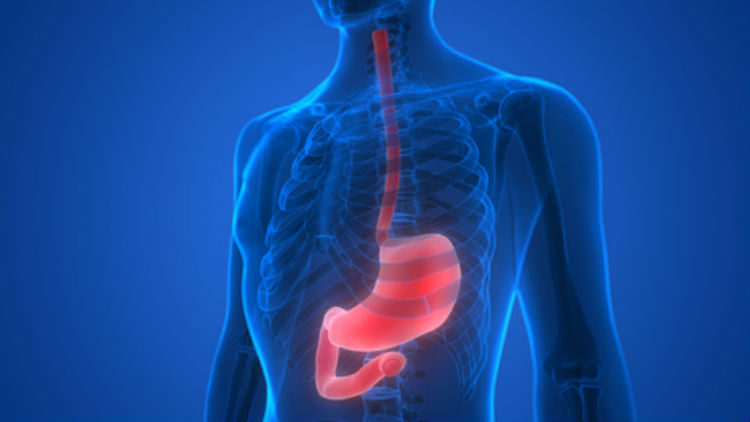 Today you will discover everything you need to know about Sour Stomach – Symptoms, Causes, and the best home remedies.

The stomach is probably the most sensitive part of our body.

This is the reason why you feel many discomforts when there is something wrong with it.

One of the most uncomfortable conditions that is so annoying is a sour stomach.

What is sour stomach?

Sour stomach is a condition that affects our gastrointestinal system. This condition is also referred as acid indigestion, upset stomach, queasiness, stomach reflux, and digestive problems. Note: since the term sour stomach holds much meaning depending on the language and region; it is not a medically defined condition.

In most cases, this condition is often not consistent, recurrent, or persistent.

This means it may not be very serious. Sometimes the symptoms usually clear on its own without any treatment. However, if you find that the symptom is consistent you should visit a doctor to have it checked as it is often associated with a serious gastrointestinal condition or may lead to further complications.

Sour stomach is typically caused by a variety of things, which results in a heartburn, acid reflux, or upset stomach. What this means is that it can result because of various reasons. Below are some of the conditions that lead to this problem.

Note these are not the only causes and the condition may arise when these causes are combined with other digestive disorders. For this reason, you are advised to take note of how often it occurs and the main triggers.

This will help you to know the foods to avoid and the potential trigger. Additionally, the frequency of the occurrence may also indicate a serious medical condition.

What are the symptoms of the sour stomach?

As mentioned earlier sour stomach manifests itself in various forms and the symptoms may appear individually or simultaneously. Below are the main symptoms associated with a sour stomach.

While it is normal to feel full just after eating, you shouldn’t experience this when you have just eaten a small amount of food. If you feel this, it could mean that you are bloated. In most cases, this condition causes a lot of discomforts and is accompanied by burping and gassy feelings.

Regurgitation is a condition that causes the food that you have just consumed to come back to the esophagus. Unlike acid reflux, when regurgitating you will feel bits of food that you just at in your throat. This may make you feel to throw up.

A heartburn is a condition that leads to a burning sensation on your upper part of the stomach or/and lower chest. This condition may also make you feel bloated which is accompanied by burping as the stomach tries to get rid of the excess gas. In most cases, these symptoms will tend o worsen when you bend over, eat food or lay down.

While most people consider acid reflux as a simple illness, a serious condition could lead to grave conditions such as Barrett’s esophagus when left untreated. The Barrett’s esophagus is a precursor of cancer. The most common acid reflux symptoms include bitter taste, hoarseness, asthma, sore throat, excessive saliva, trouble swallowing, and nausea.

Metallic or Sour taste in the mouth

The sour stomach may also make you feel nauseous queasy or have an upset stomach. This may make you feel like you are about to throw up. If you feel this, the best cause of action to take is to sit down and relax as the symptoms may last for several minutes to hours.

Diarrhea may be caused by a variety of things including over-consumption of certain foods, overeating as well as an abrupt change of your diet. Some of the other conditions that lead to diarrhea include viral infection, lactose intolerance food poisoning as well as certain medical conditions.

These abdominal pains are not serious but may lead to various conditions such as cramps, mild stomach ache, IBS indigestion, lactose intolerance, constipation, ulcers just to mention a few.

The difference between these pains is that it doesn’t go away even after a first aid treatment.

This condition may also be accompanied by other symptoms such as dehydration, fever, frequent urination, or vomiting.

Episodes of getting pale or shivering may also indicate that you have a sour stomach. Chills often develop on the onset of infection, which is often associated with fever. Chills develop when the body produces heat to prevent you from feeling excessive cold.

While there are certain medications that you can take as a measure to treat a sour stomach, we have various natural remedies that can help treat the condition.

These remedies are a great alternative to medications, as they do not have chemicals or preservatives, which often lead to side effects. Here are the common and effective natural treatments for a sour stomach.

Cinnamon is a well-known natural remedy because of its ability to treat various conditions including the Sour stomach. To make this tea take about a half teaspoon of cinnamon powder and put it in a cup of boiling water and stir well. Take this tea before eating food.

Ginger tea is another superfood, which is effective in dealing with various illnesses. In our case, ginger helps to relax the stomach muscles, alleviating any discomfort and pain.

To make this tea you simply need to grate a piece of ginger and put it in a cup of boiling water. Let it slip for some minutes and then drink on an empty stomach.

Carrots are full of vitamins and nutrients. Besides nourishing your body, they also contain active ingredients that fight stomach upset. Blend some carrots with water and add mint or honey for a bit of flavor.

Apple cider vinegar is another natural ingredient that works great for treating a sour stomach. Add a teaspoon to a cup of warm water. Take it on an empty stomach whenever you experience symptoms of a sour stomach.

Did you know that rice tea could actually help to alleviate diarrhea? Well, this is a great remedy. Boil a half cup of rice in five water cups for a quarter an hour. Strain out the rice and add sugar or honey to the tea for a bit of flavor. Take the tea while hot.

Yogurt is not only delicious but works like a charm when it comes to preventing stomach irritation. It also assists in adding the beneficial bacteria to the gut, counteracting the bad bacteria, which are responsible for various stomach illnesses.

CRAP is an abbreviation that stands for cherries, raisins, apricots, and prunes. The main relationship between these foods is that they are rich in fiber. As you probably know, fiber helps to soothe stomach conditions such as indigestion, diarrhea, and constipation.

Also referred to as Hing, this latex gum extract is harvested from various ferula species. While it is commonly used as a preservative and flavoring in Persian and Indian cooking.

Fennel is another great natural remedy for bloating and indigestion. You can consume fennel by making a tea or chewing a couple of raw seeds. Fennel also helps in soothing cramps, reducing gas, supporting digestion as well as stopping nausea.

Anise is a cousin of fennel and has been used for many years in the Mediterranean as a spice. It has also been used in traditional medicine in treating digestion problems.

These seeds have volatile oils that help soothe an upset stomach. Additionally, it is also proven to help in increasing gastric juice production as well as relieving nausea.

As the old adage goes, an apple a day will keep you from visiting a doctor. This is true as apples contain many health benefits. One of the main benefits is to assist to relieve diarrhea.

It also contains active ingredients that help in combating gastroenteritis as well as colitis. Besides apples have high fiber content which helps not only in improving digestion but also in getting rid of waste and toxins in the body.

When it comes to natural remedies, it is hard to miss green tea. This beverage contains numerous active ingredients that help in maintaining good health. In our case, this tea contains antioxidants that assist in minimizing the acid levels in the stomach.

While it is commonly known for relieving constipation, this juice also comes with many benefits to ensure that our stomachs functions, as they should. To consume it take a half cup of pomegranate seeds. If you would want to get the daily fiber requirements from pomegranate, you should take about 10 ounces daily.

Aloe Vera is also a great natural remedy for digestive issues especially when it comes to dealing with the peptic ulcers. It is popular for its capability of speeding up the healing process of scrapes, cuts, burns, and ulcers.

This makes it effective in treating various stomach conditions including ulcerative colitis.

It is also effective in stopping the secretion do gastric acid, which is often associated with stomach discomforts. Additionally, this natural remedy is also great for dealing with chronic and acute gastritis.

This tropical fruit offers an effective remedy to various digestive problems. It works well to combat constipation as well as other issues with the digestive system as it soothes the gastrointestinal system.

This fruit is also rich in Papain enzymes that help in digestion of wheat gluten, protein making it a great remedy for the celiac disease. Additionally, this fruit is also great in relieving heartburn as well as settling an upset stomach.

Thyme tea acts as a great natural treatment for dealing with a sour stomach. It has been used for many years in dealing with various conditions such as coughs, sore throat, gastritis, upset stomach, diarrhea, as well as flatulence. It does so as it comes with chemicals, which helps to fight fungal infections and bacteria as well as relieving muscle spasms.

For those looking for an effective and quick relief for a stomach ache, you should try taking a cup of calming chamomile tea. This tea contains potent anti-inflammatory properties that help to soothe your stomach lining. It does so by relaxing the upper digestive muscles, easing the contractions that push the food through the digestive system. This will reduce the pain from spasms and cramps.

Last, in our list, we have the date’s fruit. This plant belongs to the palm family and is often found along the coastline. The fruits are fiber-rich helping to solve various stomach issues one of them being the sour stomach.

To take advantage of their healing power try mashing a few date fruits and mix with honey to make a paste. Consume a few tablespoons three times daily to get the full benefits.