Top 7 Reasons to Include Turmeric into Your Diet 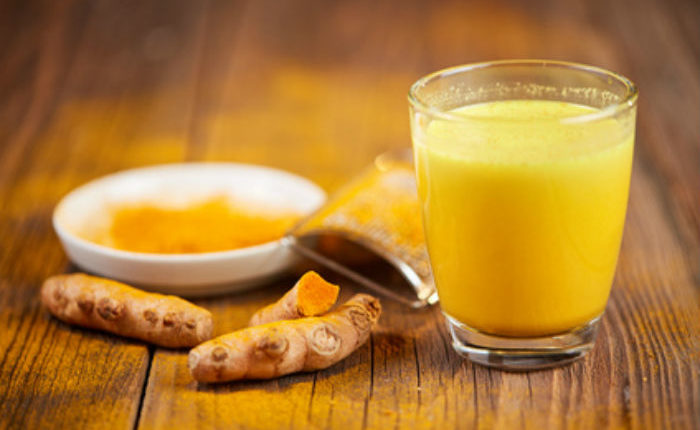 Are you looking for a natural solution to fight inflammation, free radicals and even depression? Turmeric benefits all of this and more!

The health and wellness industry always gives us a slew of natural remedies and supplements to choose from. Some of them are trends, but some have real staying power.

One of these all-natural supplements is turmeric, the pungent spice which gives Indian curries their iconic yellow color. But turmeric is much more than a bright food coloring or a powerful food ingredient.

Among turmeric benefits, some experts say it has anti-cancer properties. Keep reading to learn why you should include turmeric into your green lifestyle.

Turmeric Benefits: 7 Reasons to Include Turmeric into Your Diet

Turmeric benefits have been known for thousands of years, and it’s been used throughout Asia in both culinary and medicinal applications. Ayurvedic practices and Traditional Chinese Medicine (TCM) have used turmeric to address diverse health issues.

Some common turmeric benefits have been to purify the blood, clear up skin problems, treat liver disease and wounds, and also address respiratory and gastrointestinal problems.

In modern times, scientists have become curious about this golden spice, and thanks to their research efforts, we’re now able to identify how turmeric works within the body in order to affect powerful physiological and psychological changes.

1. Turmeric May Help to Slow or Prevent Neurological Disease

Alzheimer’s and Parkinson’s disease are two prevalent and devastating neurological disorders throughout developed, western societies. Many are diagnosed each day to have the said problems. But research has identified a bioactive element in turmeric called, aromatic turmerone, which can help to slow or even prevent the onset of neurological disease.

Aromatic turmerone or ar-tumerone helps to promote the growth of endogenous neutral stem cells (NSC) by repairing and regenerating brain tissue. Recent studies have also indicated that this turmeric element prevents the neuroinflammatory microglia cells from being activated thus prevents numerous neurological diseases.  Perhaps it’s time for westerners to start including this eastern spice into their lifestyle to help protect their minds for years to come.

A bacteria called Helicobacter pylori (H.pylori) can wreak havoc in the gut. This bacteria has the capability to bring about substances that neutralize gastric acids making the stomach more vulnerable to irritation. With the H. pylori attacking the stomach lining and the harsh acids, peptic ulcer and gastritis are not unlikely to be much of a problem.

To combat these digestive problems, antibiotics are used to treat the infections and inflammatory conditions which it causes. But antibiotics can create their own set of problems since they can strip the gut of healthy and necessary bacteria. Contrary to what most people think of, this is not always the best option. This is where turmeric may come in handy. That’s because it can be a safe alternative to fight H.pylori and support a more resilient digestive system.

There is more scientific literature showing turmeric’s cancer-fighting potential than for any other nutrient. And one of the reasons why turmeric is so potent is because it can enter cells and affect over 100 molecular pathways by either increasing or decreasing activity within the molecules.

The turmeric’s cancer fighting agent is said to be best absorbed in the colon making it highly recommended in fighting cancerous tissues in the colon.

It has also shown a promising result in preventing prostate cancer in men and cervical cancer in women. And while turmeric can fight against cancer cells, it doesn’t negatively affect healthy cells or have adverse side effects. Of all of the turmeric benefits, this may be the most impressive.

Lurking beneath nearly every disease is something called inflammation. Whether it’s digestive disorders, cardiovascular disease, cancer, or neurological disorders, inflammation has a role to play in all of these health issues. But an element within turmeric called curcumin, can help to fight inflammation at a molecular level due to its anti-inflammatory properties.

Most of us experience daily exposure to free radicals via unhealthy food choices, pollution, and other environmental stressors.

There are many ways to combat free radicals and the damaging effects of oxidation, and one of them is with turmeric.

Thanks to the structure of curcumin, it can actually neutralize free radicals and potentially serve as a very powerful antioxidant.

It might sound too good to be true, but turmeric can actually be a safe and natural replacement for many forms of medication. When it comes to treating inflammation, depression, pain, diabetes, cholesterol, obesity and arthritis – just to name a few – it seems that turmeric can out-perform pharmaceutical meds.

According to the World Health Organization (WHO), it’s estimated that 300 million people suffer from depression. Though a common mental disorder, it doesn’t make it any less difficult for those who are affected by it. Medications can lift symptoms of depression, but turmeric can help, too.

In individuals who experience depression, the production of a key hormone called serotonin is too low. It seems that turmeric’s element, curumin, can help the brain produce not only this key hcg hormone, serotonin, but dopamine as well. What’s more, this study found that curcumin was just as effective as Prozac in treating depression.

Although turmeric can have anti-depressant qualities, it’s always recommended to consult with a trusted medical professional to discuss safe ways to treat and manage not only depression but all mental disorders.

With so many things that are going on in the world right now and the health risks that we face each day, sometimes, going to the pharmacy isn’t always the best option. The kitchen or the grocery store can also be a good avenue to find a few health hacks. And with the benefits going for turmeric, who wouldn’t want to include it into their diet.

How to keep Your Skin Healthy and Glowing in 40’s