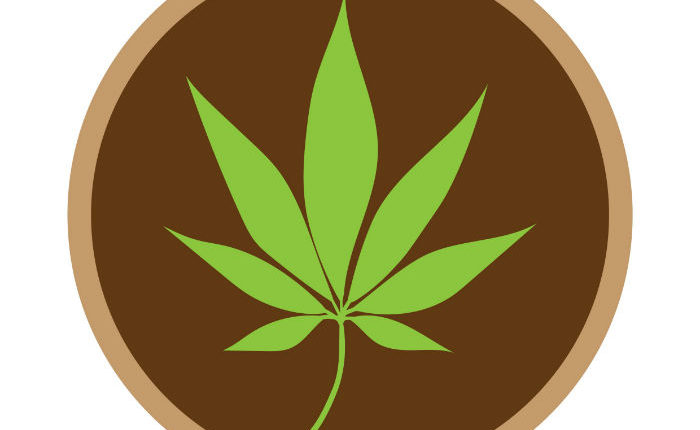 Today you will discover the 10 health benefits of weed you don’t know!

Besides getting humans high, weed has a long history of treating various diseases and relieving of various conditions.

Marijuana has over 400 chemicals and the two major ones are THC and CBD. 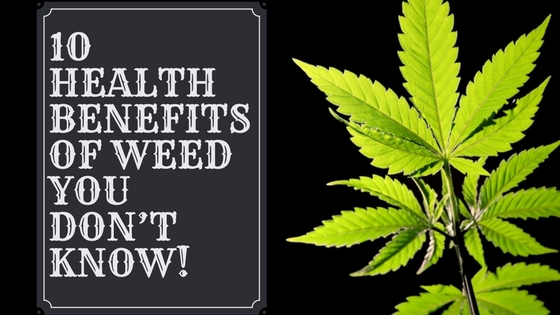 In this article, we have discussed 10 health benefits of using weed.

Marijuana helps to fight symptoms that go along with recovery and withdrawal from addictive substances such as alcohol.

Since it has fewer negative effects on human bodies than alcohol, alcoholics can use weed to get high as they slowly quit drinking. Studies show most people who drink also smoke, so transforming will be easier for them.

2. Slows Down Spread of Cancer

The American Association for Cancer Research has found that marijuana works to slow down growth of tumors in lungs, breast, and brain.

The cannabinoids in pot in have neuroprotective and anti-inflammatory effects that slow down the progression of Alzheimer’s disease.

Marijuana blocks enzymes in the brain that form amyloid plaques. These plaques cause death of brain cells, potentially making the subject develop Alzheimer’s.

In advanced stages Alzheimer’s patients show aggression and irritability, they should take weed-infused oils so they can improve their behavioral issues.

Doctors normally prescribe weed for glaucoma, a conditions causes loss of vision by increasing the eyeball’s pressure, injuring the optic nerve that sends signals to the brain – thus impairing vision, or in the worst scenario causing blindness.

Glaucoma causes blindness through damaging the optic nerve that connects the eyes to the brain. Since weed lowers intraocular pressure, it may help with this condition. You will need to smoke one a weed cigarette ten times daily to achieve this.

These effects of weed can prevent blindness.

Weed promotes sleep and reduces pain and inflammation. This may help relieve of discomfort and pain for individuals with rheumatoid arthritis.

What makes weed very popular in treatment of arthritis is ability to reduce swelling and ease pain without serious negative side-effects such as those caused by opiates and NSAID. Use of opiates has reached epidemic proportions given it is highly addictive, so weed use also indirectly offers a solution to other societal problems.

The benefits of taking weed may include reduced anxiety, which may improve the smoker’s mood and sedate him or her when taken in low doses.

While most studies show weed has anti-anxiety properties, some people have been reported to develop anxiety upon taking it. There are several factors that affect hot weed affects anxiety including drug tolerance, strain composition, and pre-existing conditions.

Taking too much weed may increase anxiety and make the consumer paranoid. Patients should only take recommended or prescribed dose.

This is one of the most important uses of weed. People taking medications for diseases such as cancer and HIV/AIDS normally suffer from nausea, vomiting, and appetite loss.

The endocannabinoid system (ECS) is one of the most important physiological systems in the body. The ECS plays a crucial role in hunger mediation and appetite stimulation. As the ECS is sensitive to cannabinoids that are the main ingredients in weed, taking the substance triggers appetite.

Using weed can help reduce nausea and vomiting, and stimulate appetite. Better still, it also can reduce pain. Patients get multiple benefits from a single dose.

Weed helps to manage PTSD, actually, it tops on the list of reasons for people to get marijuana recommendation in the US.

Studies show that people with PTSD have lower than normal endocannabinoid level, as their body isn’t able to produce enough amounts to fill receptor sides. By taking weed the cannabinoids in the substance will replenish the body with the missing endocannabinoids, thus relieving PTSD patients of their horrible memories. But, individuals suffering from PTSD must seek professional advice before using weed for their condition.

While weed has both positive and negative effects on sleep, it can help people who suffer from nightmares, especially those related to PTSD to recover.

Pot has chemicals that create a calming effect in the body, helping patients to get uninterrupted sleep. If a patient’s nightmares are caused by narcotics, using marijuana will help them reduce that medication. Some people have reported opposite effects, so it’s recommended that when using weed to treat any condition, you seek professional advice.

Weed may even be a better sleep aid that alcohol and other sleep medications.

How to Stop Hair Fall and Regrow Hair Naturally