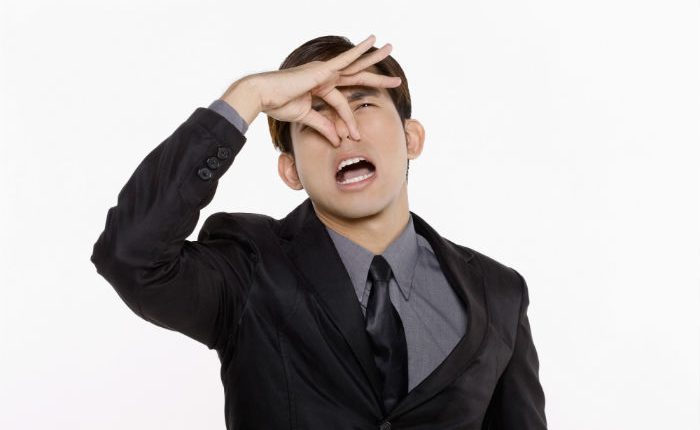 Today I will show you how to get rid of smelly fingernails.

That nasty smell from your fingernails has three main causes.

In this article you will discover the 3 causes of the smell. How to stop the smell before it starts. How to cure the smell once it starts.

Keep read to get nice smelling nails and learn how to have nails that never smell awful again.

Your fingernails are one of the dirtiest places on the human body. They can contain a multitude of dirt, food particles, dead skin cells and your skins oil. This can become a breeding ground of festering bacteria. If you use nail polish, this can make it even worse. Because bacteria love dark moist places.

Hence, the smell from your fingernails comes from these particles under your nails. But that’s not the whole story because the bacteria it’s self also make a smell. These bacteria break down the compounds under the nails. This forms a product that is called “thioalcohols”. These have scents that smell like onions, sulphur or even meat! pungent and GROSS(1) .

The scene under the nails is not pretty. This is why you should never pick at your face. Because the bacteria can get transferred to the face and cause damage. In fact it could even leave scares that may never clear.

To get rid of the smell from under your nails you need to wash like a surgeon preparing for a operation. First wash your hands then spend some time scrubbing under the nails and particularly the cuticles(2).

Don’t over do the hand washing as Bacteria thrive in moist conditions.

Additional keep your nails trimmed and keep a nail brush handy. Following these simple procedures and you should have fingernails smelling like roses.

2. Psoriasis of the Nail (Onychomadesis)

Another cause of smell from the nails is something called onycholysis. This results in a separation of the nail from the nail bed. This is your fingernail coming off and smells.

How to tell if you have psoriasis of the nail?

The nails are smooth yet firm and no sign of inflammation(no swelling or pain). Further you may notice discolouration under the fingernail. This is usually caused by a secondary yeast infection.

Psoriasis of the Nail Treatment

Onycholysis has many different causes. But the best treatment is to eliminate the causes before it starts.

The bad odour comes from bacteria at the edge of the nails when the nail comes off.

Nail fungal infections are caused by microscopic organisms. These tiny creatures eat into the protective coating of the fingernails called Keratin.

How can you tell if you have nail fungus?

Below are some of the main symptoms:

I’ve said it before and I’ll say it again because it’s one of the most important things you can do. Fungus and bacteria multiple in moist conditions. So keep your hands/fingers dry, also don’t forget sweaty hands cause moister too.

Fungus does not like sunlight. The light will help to stop the fungus from spreading. Its also the simplest and most inexpensive cure you will find.

When you put on nail varnish you leave the area below in darkness. This is a perfect breeding ground for fungus. So until your sure the fungus has gone don’t use nail varnish.

Neem is a tree commonly used in Ayurvedic medicine. It’s been found to have anti-fungal and anti-bacterial properties. Simply apply Neem oil on the affected fingernails.

This oil is also anti-fungal and contains antiseptic properties. Use this with a carrier oil like olive oil. Apply on the fingernail and leave for 10 minutes so the oil penetrates down into the nail. This will help to kill the fungus.

First identify what’s causing the smell from your fingernails. Then use the cures above to remedy that awful smell.

nail odorwhen i bite my nails it smells
25,157
Share FacebookPinterestEmailWhatsAppReddIt

Food Groups That Will Help Protect Your Skin From the Sun