How To Cure Glue Ear In Adults Naturally

Today you will discover How to cure glue ear in adults naturally.

Glue ear also referred as the chronic otitis is a medical condition that occurs when there is fluid in the ear middle.

When this happens, your hearing strength is compromised. While this condition affects both adults and children, it is more common in kids.

Treating the condition in the initial stage is crucial to prevent extensive damage. In cases of chronic or extreme cases, the patent may need to undergo invasive procedures. For this reason, it is crucial to take proper precaution and care to prevent this condition from occurring in the first place.

What is Glue Ear?

Similar to other ear problems, the glue ear develops because of the infection to the inner ear. When the inner ear is infected, it will lead to partially blockage of the Eustachian tube. Sometimes, even after the infection is successively treated, some fluids may remain inside the ear.

Let’s be clear, in this article, we will kill two birds with one stones. Glue ear are different conditions that interrelated. In fact, glue ear is one of the factors that lead to Eustachian tube dysfunction. With this in mind, let’s proceed to discuss on how you can relieve the discomforts that comes with these discomforts.

So, what is Eustachian tube dysfunction?

This condition will affect the small tubes that normally connect the middle ear to the back of the nose. The tube is usually responsible for allowing the air to flow to the eardrum while letting the mucus from the middle ear to drain.

Once this happens, the pressure on the either side of the eardrum is well maintained.

This will allow the sound to travel effortlessly to the brain. When there is imbalance of pressure or improper functioning of the tube, it leads to hearing ability impairment, which is what is referred as the Eustachian tube dysfunction

Partially blocked or trouble in opening of the Eustachian tube doesn’t always translate to total hearing loss. However, this will prevent the eardrum from vibrating the way they should. This will affect your hearing leading to a muffled or dull hearing. This may also lead to some pain or hear a clicking or popping sound.

In most cases, this condition is often accompanied with the flu or common cold symptoms.

Apart from blocking of the tubes, what else causes the Eustachian tube dysfunction?
When the blockage of the tube that connects the ear and the nose leads to muffled hearing, flying constantly may also lead to this condition. Generally when you are up in the sky, the air pressure changes.

The imbalance of the pressure especially when the airplane is descending may also lead to muffled hearing. Some of the ways of eliminating this negative pressure is by swallowing, yawning, popping your ears or chewing.

Various symptoms indicate glue ear condition. The most common includes the pain, muffled hearing, buzzing, or ringing in the ear. Another primary symptom is the discharge from the ears. In most cases, the symptoms are accompanied by flu or common cold and lasts from a period of a few hours to several weeks.

As previously mentioned, various complications or conditions may lead to development of Eustachian tube dysfunction. These includes the following;

Allergies are some of the primarily causes of having excess mucus. This can also lead to inflammation of the entire sinus system. Some of the common allergies associated with these issues include the perennial Rhinitis(1) and Hay fever. These conditions are also responsible for producing a lot of mucus. When this mucus drains to the Eustachian tube, it may also lead to partial blockages.

As mentioned, this condition affects the middle of the ear to be full of sticky fluids, which feels like a glue. This fluid will often leak to the Eustachian tube. This will create a partial blockage, which will prevent the air to flow out and inside the ear. The condition will result to eardrum tightening or worse the fluids sticking to the eardrum, as this will worsen your hearing ability.

The regular exposure to smoke has detrimental damage to the cilia hair in the ear. This will impair the natural body mechanism whereby the middle ear drains go through the Eustachian.

Surprisingly when you move to a different altitude, when driving, air travel or even some elevators may also lead to restriction of the Eustachian tube.

In the severe cases of the dysfunction of the Eustachian tube, the sufferer may need to undergo medical or sometimes surgical treatment. The treatments make use of nasal decongestant as well as allergy medications in an effort of relieving the discomforts. In extreme cases, the surgical intervention may be used in order to relieve the pressure. The primary treatment of this condition includes:

This procedure involves making of a small incision to the eardrum and suctioning or any fluid inside. When this is done, the incision is left open to allow the Eustachian tube to heal.
Using the pressure equalization tubes.

After myringotomy, a hollow tube is inserted into your eardrum. This will ensure proper middle ear ventilation for a period of 6 to 12 months. The tubes are expelled gradually as the eardrum heals. 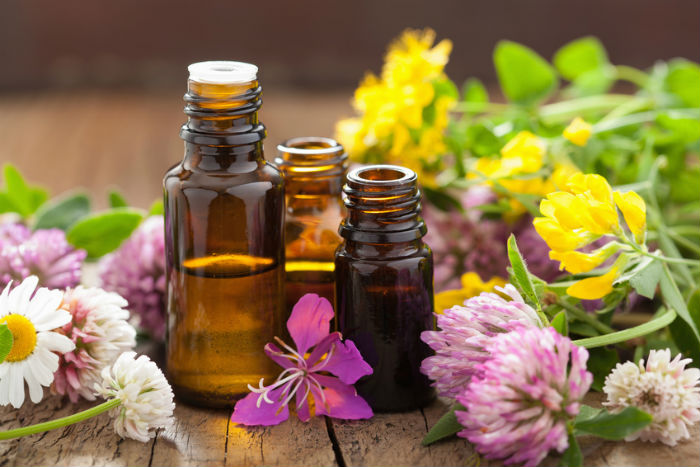 These are natural herbs for eustachian tube dysfunction or glue ear.

Full of antiviral and antibacterial properties the Goldenseal herb(2) is an excellent herb when it comes to disinfecting this condition. You simply need to get its root as they come with various active ingredients, which are the hydrastine and berberine. These compounds do a great job clearing various impurities such as mucus and bacteria.

Another reason why this is a great remedy to glue ear is its antibiotic properties. Make use of a quarter teaspoon of goldenseal and mix with a water (half teaspoon). Using a dropper, drip a few drops to the infected ear. Besides, you can also wrap a hot bottle of this mixture with a towel and hold it over the ear affected.

Chamomile is a powerhouse of antibacterial and anti-inflammatory properties. The herb will be effective when you use it as an ear drop. Simply make a natural remedy by combining 2-3 drops of chamomile oil with a warm teaspoon of sweet almond oil. Use the mixture about two to three times daily.

The Echinacea is an effective antiseptic that is rich in anti-inflammatory, antiviral, as well as antibacterial properties. This makes it a great remedy for the glue ear. To make this mixture you simply need to make a tincture by mixing a few drops of the oil with a teaspoon of water. For the best results, make use of this mixture about two to three times a day.

Boasting of soothing and healing properties, the passion flower is another great remedy that is commonly used by herbalist to offer to relieve to the discomfort associated with the glue ear. The concoction has excellent anti-inflammatory, antiviral, as well as antibacterial properties. This plays a crucial role in relieving the inflammation as well as pain that is associated with the glue ear condition.

Garlic possesses antibacterial, antifungal, anti-inflammatory, and antifungal agents. In fact, this product has been used from time immemorial to treat an ear infection. It will also combat the Candida and aspergillum fungi, which also leads to ear inflammation.

To prepare the concoction you simply need to mice about four to five cloves.

Using a saucepan combine them using about 200ml of virgin olive oil. Allow them to turn dark brown. Cover the saucepan and let them steep. Next, you need to strain the oil and preserve it in your refrigerator. To combat the infection applies about two to three drops of this oil to the ear infected.

Use an over the counter remedy

An over the counter decongestant makes an effective remedy for dealing with the glue ear. The decongestant works by getting rid of the mucus, unblocking the Eustachian tube. Using this product for a couple of days will help remove all the mucus and sticky fluid that causes the discomfort.

As simple as it may sound, ear candling(3) is also another great remedy you can use at home to allow unblock the Eustachian tube. This allows the air to flow easily eliminating the pressure buildup. Besides, this will also play a crucial role in eliminating the fluids trapped in the ear.

Simple actions such as chewing and swallowing allow the Eustachian tubes closed and open. This does a great job in draining the middle ear.

Another effective way of resolving this problem is by self-inflation. In this procedure, you should breathe deeply while keeping both your nose and mouth closed. After a few seconds, exhale gently while ensuring that the nose and mouth are closed. This will lead to Eustachian tubes inflation, relieving the pressure.

If you have ever experienced glue ear or Eustachian tubes dysfunction, you probably know how uncomfortable it feels. We also recommend dealing it at once as leaving it unchecked may lead to complications that are more serious.

Luckily, for us, we have a variety of ways you can use to deal with this condition. If the regular home remedy doesn’t work, make use of the above-mentioned natural remedies. When it doesn’t clear within a few days, visit your doctor for further assistance.

How To Deal With Adolescent Depression

Oct 8, 2018
We use cookies to ensure that we give you the best experience on our website. If you continue to use this site we will assume that you are happy with it.OkRead more