Cure for Extreme Stage of GERD With Surgeons 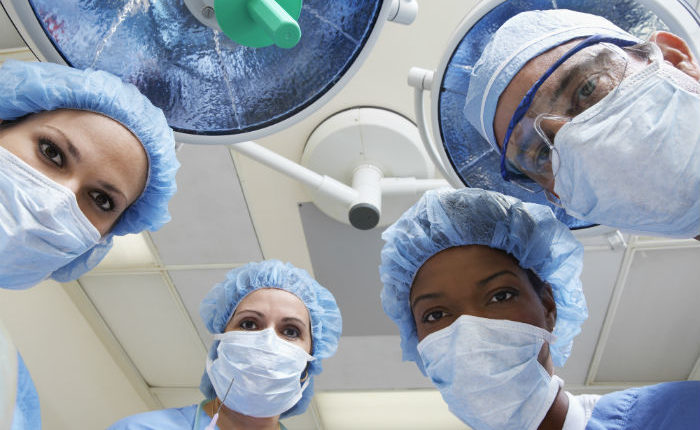 Discover the Cure for Extreme Stage of GERD With Surgeons.

GERD (Gastroesophageal Reflux Disease) can be treated with medication. However the extreme level of GERD can be cured by means of laparoscopic surgery only.

Research says that there are plentiful of successful testimonials and results after the performance of this surgery.

This surgery is scientifically known as Nissen Fundoplication Surgery or laparoscopic Nissen fundoplication.

This surgery is also simply known to be gastroplication. Under this surgery the function of lower esophageal sphincter will be closed by wrapping and stitching of the upper part of the stomach gastric fundus around the esophageal in 360 degrees. Thus wrapping the fundus to the back of the esophagus. The esophageal will also be narrowed down to treat concurrent hiatal hernia.

This provides an extraordinary relief to the patient to whom the surgery is performed.

It works in such a way that during the contraction of the stomach it closes off the esophagus instead of squeezing the acid into it. This mechanism of relief experienced by the patients made this a successful surgical treatment carrying its advantages of taking away the side effects of other gastric contents of the stomach.

This surgery is one of the safest and effective one with the mortality rate of less than 1%. However there are some of the complications of this surgery includes gas bloat syndrome, excessive scarring, vagus nerve injury, trouble swallowing, dumping syndrome, etc. Research says that some have also encountered irritable bowel syndrome.

If GERD is not treated properly it can lead to esophagus cancer which is can be treated by means
of surgery. Esophagectomy is one of the surgeries to remove esophagus cancer.

This surgery of removing cancer is performed in various ways with different and proportionate
techniques depending on the feasibility and affects of cancer in the places of stomach and its surrounding.

Some people may also experience voice changes after the surgery was performed. Frequent nausea and vomiting is also one of the main complications of surgery as the stomach may empty very slowly as the nerves that controls its contractions can be affected after the surgery.

Some complications are also life threatening which always depends on the doctors performing the surgery. Most of the cases should be addressed with the most experienced and most reputed hospitals and doctors.

Clear survival statistics have to be clarified with advanced research and try to get word of mouth suggestions from the experienced people who have undergone the surgery.

What are the Acid Reflux Disease Causes?