Common Skin Disorders and their Treatment 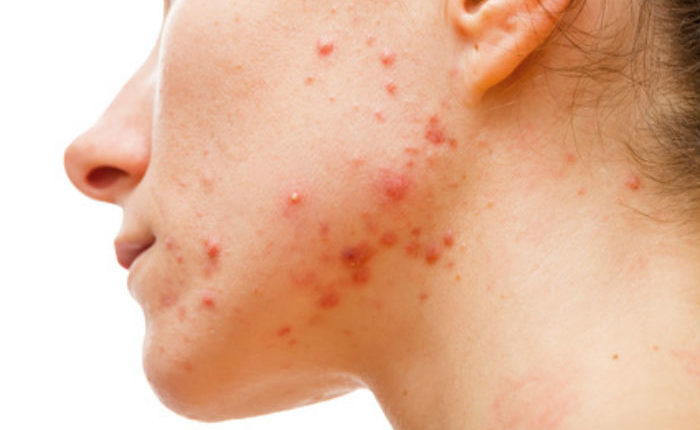 Our skin plays a key role in many physiological and biochemical processes taking place in our body.

The topmost layer of the skin called the epidermis, acts as a protective shield against microbial invasions and guards the body against heat, pressure and moisture.

It also helps in synthesizing vitamin D from sunlight. Being the most visible organ, any deviation in the look and texture of skin gets noticed easily by human eye.

These changes are either a result of skin’s reaction to allergens, bacteria and fungi present in the air or due to some internal disorders. ​

Most skin problems exhibit a common set of symptoms which makes it difficult to diagnose the problem accurately. In such cases, it becomes crucial to evaluate the cause of the disorder through
procedures such as dermascopy, patch tests, skin biopsy or culture depending on the symtoms
accompanying the problem in order to treat the disorder in the best way possible.

Here is a list of some common skin disorders and various treatment options available. ​

​One of the most prevalent skin problems among teens and adults, acne is a chronic skin condition that causes skin pores to become inflamed. This happens when pores become clogged with oil, dirt, bacteria and dead skin cells and appear as blackheads, whiteheads and pimples.

Sometimes the bacteria clogged inside the pores causes an infection and leads to formation of postules, cysts or nodules on the surface of the skin.

Salycylic acid, benzoil peroxide and topical retinoids are prescribed to treat minor acne breakouts while acne that appears as cysts or nodules may require topical antibiotics to kill the infection inside the skin pore. ​

Moles are brown or black growths that get formed on skin surface when pigment producing cells called melanocytes begin to grow in clusters in a specific region. Moles having a uniform shape, colour and size are benign and not a cause for concern.

Any irregularities in shape, colour or size ofthe mole often signal melanoma, a type of skin cancer and need to be thoroughly evaluated by adermatologist. Those looking to get a mole removed foraesthetic reasons can undergo lasertreatment in which the cell structure of the mole is broken to remove the mole tissue in case the molehas a uniform colour and flat surface.

Larger moles with raised surface can safely be removedthrough procedures such as excision, freezing and punch biopsy after anesthetizing the mole and theskin around it.​​

Skin tags are unappealing elongated fleshy growths that hang outwards from the surface of skin. These non malignant growths look horrible if they sprout out on exposed parts of body such as face,
neck and arms.

Skin tags on other parts of body run the risk of getting injured if they get caught in clothes or jewelery. People opt to undergo skin tag removal procedures mostly for aesthetic reasons.

Freezing is the most popular skin tag removal method for tags that are not too big. In this method liquid nitrogen is applied on the skin tag to freeze the cells, after which the tag begins to die and falls off on its own after two to three weeks. ​

Warts are ugly rough textured growths on the skin. People with Human Papilloma Virus have a greater likelihood of being afflicted with this embarassing skin condition. Warts can spread from person to person by touching and can grow at any place on the body and depending on the location they grow in, warts are classified into five categories:

Most warts vanish on their own without any treatment which takes a period of few months to some years. Topical application of salicylic acid on the wart can speed up its disappearance. Some warts are prone to getting inflamed and become painful. To get rid of such warts, patients can opt to undergo wart removal procedures such as freezing, excision, laser therapy and chemical treatment under medical supervision. ​

Seborrheic dermatitis or seborrheic eczema is a condition characterized by scaly red patches on the
skin with flakes that look similar to dandruff. This condition is a result of over release of sebum from
skin and affects oily skin areas like scalp, forehead, eyebrows, nose, ears and back.

Seborrheic dermatitis exhibits symptoms that mimic other skin disorders like rosacea and psoriasis. For this reason, a dermatologist may recommend a biopsy of skin tissue obtained from the affected area tomake an accurate diagnosis.

Mild seborrheic dermatitis can be resolved by using anti-dandruff shampoo, in case the scalp is affected and application of hydrocortisone or fluocinolone ointments. If the condition does not respond to topical medications, a prolonged course of oral antifungal medications like terbinafine and metronidazole is prescribed. ​
​
​I hope you found ” Common Skin Disorders and their Treatment ”  informative!

Author Bio: Harvey lives with his wife, daughter, and two golden retrievers in one of the many stone houses in Stamford, UK. He is a freelance writer and a content strategist with many top health and beauty product companies like Tagband: makers one of the most popular skin tag removal devices in UK. When he is not working he can be found sipping coffee in one of the cafe’s overlooking river
Welland.