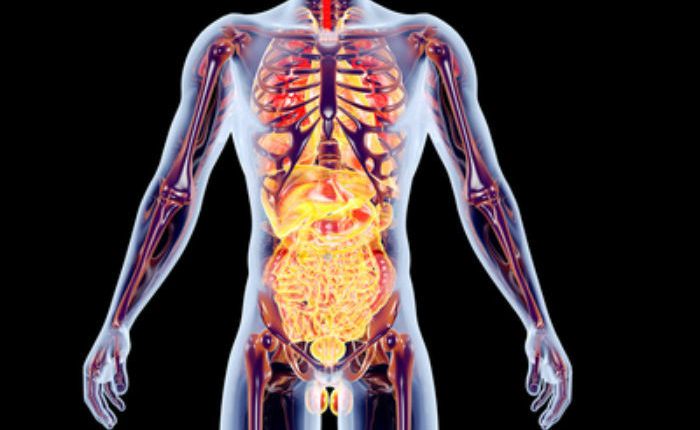 Discover the main Causes and treatment for bubble guts.

Bubble guts are bubbling sounds which result from gas and fluid presence in the stomach.

When we eat food, it is propelled from the mouth to the stomach and intestines by a movement force that we refer to the peristalsis(1).

After the food gets to the stomach, it is further moved by this force, which is usually formed by the relaxation and contraction of the gut muscles. As you probably know, anywhere there is a force there must be some sound produced.

What are bubble guts?

For this reason, in contrast to what many people think, the digestion process is not entirely silent. There is some noise, which is generated when the muscles are moving the food from one segment to the other.

Al though some people panic when they hear the bubble sound coming from the gut, this shouldn’t be of much concern as the bubble guts are not a disease condition.

In most cases, the bubbling sound is usually normal.

However, at times the sound might be more audible and irregular when the intestines are contracting extensively. When you hear the sound for a long period, this condition is usually referred as having hyperactive intestines.

What are the Causes of Bubble Guts?

Although it’s normal to hear the bubbling sound, long persistent sound can be a source of worry especially when you have it in a public place.

Various things can cause the babble guts. Below are the common causes of this condition:

Some foods have more gas when eaten than others do. When you consume these foods, it can lead to excess gas in the stomach(2). Some of the foods that contain excess gas includes:

When we eat food, it takes a certain period to travel from the stomach to the anus where the remnant is excreted. Sometimes the food may stay for a longer period than needed in the colon. When this happens, the bacteria in the colon break it down further resulting in a watery feel. When this happens, it can also lead to the consistent noise in the gut.

The bubble gut is also one of the signs of acute diarrhea. When there is diarrhea the peristaltic movement increases, causing the rumbling sound. The bubbling sound signals the start of diarrhea and stays so until the condition ceases. When there is an increase of fluid in the intestines, it often results in this sound.

Irritable bowel syndrome (IBS) produces alternate diarrhea and sometimes constipation in an individual. When you are affected by this condition, you may experience either diarrhea or constipation.

When there is an abnormal process in the stomach, it leads to a fast increase of the peristalsis movement.

When there is diarrhea the intestines muscles contracts more strongly leaving the water unabsorbed. This causes the rumbling sound. This condition can also cause someone to have abdominal cramps, pain, and sometimes mucus in the stool.

Food poisoning is caused by eating food that has toxins that are produced by bacteria. This can also develop when you consume food that is contaminated by other microorganisms.

When these toxins reach the wall of the intestines, it causes an irritation that leads to spasms as well as the release of fluids. When the intestines muscles contract excessively and there it an excess of fluid, you will get the bubble guts.

In most cases, the food poisoning often occurs after twelve hours of consuming food that is contaminated with these toxins. If other family member had consumed the food, they would also suffer from this condition. People suffering from food poisoning may experience diarrhea, loose stool, bubble guts, as well as abdominal cramps.

Consuming excess tea, alcohol, and coffee can also irritate the intestines walls leading to excessive movement of the muscles. When this happens, there is the production of large bubbles as well as sound in the gut.

Laxatives are medications and also herbs that are consumed to help induce bowel movement in order to soften the tool. This is common with people who are having constipation. As mentioned, when you have increased movement in the gut it causes the bubbles.

Consuming food that has excess fiber can also lead to increased movement, which in turn produces the bubbles. Foods that have a lot of fiber include wheat, whole grains brown rice, beans, tomatoes, fresh fruits, whole wheat bread, vegetables, legumes, carrots, as well as cucumbers. While fiber is crucial for proper digestion, too much of it causes problems.

IBD is a chronic disease(3) that is characterized by inflamed intestine walls, which may also extend to the upper gut. An example of the IBD is the Crohn’s disease. Some of the symptoms that accompany this condition include diarrhea with watery, mucoid or bloody stool. Such a condition makes a high amount of water being left in the intestines, leading to excessive movement.

How to Get Rid of Bubble Guts?

Well having the bubble guts is an uncomfortable problem especially when you are around your friends. To help you in getting rid of this condition, we are going to list some of the home remedies that are effective.

The first thing you need to do is to control the foods that cause diarrhea, which in turn causes the excessive bowel movement. Some of the foods that are responsible for causing these problems include:

Reducing the intake of these foods will keep the gut bubbles in check.

We also have some aerated drinks such as coffee, tea, and alcohol that cause the irritation and sometimes inflammation of the intestine walls. Stopping the use or reducing the consumption of the also helps to control the bubble gut.

The Antiflatulents are medications that are quite effective in eliminating the gases from the gut. The best thing about these medications is that they are all over the counter drugs.

Examples of these drugs are the dimethicones, which includes the Gas X, and Mylicon. However, you should always ensure you follow the dosage strictly to avoid additional issues. You should not take more than one tablet in twenty-four hours.

If you are suffering from borborygmi because of excessive diarrhea, there is a possibility that you are being attached to infectious bacteria. The best way to treat these bacteria is by taking antibiotics.

However, I advise against purchasing the antibiotics over the counter as the dosage differs. For the best results, you should consult your doctor you will diagnose your problem and recommend the best dosage.

Borborygmi (Stomach rumble) are a condition that develops when there is an increase of the peristalsis in the gut. Consuming anti motility drugs such as the lope amide is efficient especially when you have diarrhea, which is causing excess movement.

These drugs act by reducing the movement, which in turn reduces both diarrhea and bubble guts at the same time. Additionally as mentioned, the increase of fluid in intestines is another major cause of borborygmi.

For this reason, consuming antisecretory such as the racecadotril can be recommended by your doctor to reduce the diarrhea frequency.

Modifications of the Diet

As mentioned earlier we have various foods that lead to the production of excess gas in the stomach. Making dietary changes to avoid these foods can help you in eradicating the bubble guts.

Some of the food that you should leave out includes the too much of vegetables, fruits, carbonated foods, caffeine as well as alcohol. However, some natural remedies can help and even cure your bubble guts. Below I show you some of the best home remedies:

We have various herbal teas on the market with each variety having its own share of advantages. One of the teas that are quite useful in the treatment of the excess movement is the chamomile tea(4).

This tea is believed to contain antibacterial properties that allow it to sooth the inflamed walls of the intestines. Consuming a warm cup of chamomile tea at least twice a day can help you feel relieved from the bubble guts.

Consuming food that contains Probiotics is also another great way of treating the bubble guts. The best way to do this is to include these foods in your daily diet.

Consuming these foods helps in promoting the good bacteria, which in turn control the bad ones promoting a healthy digestion process. Foods that are rich in Probiotics include yogurt, sauerkraut, kefir, dark chocolate, miso soup, kombucha tea, as well as the microalgae.

Pumpkin is one of the power foods that contain a host of ingredients that are great for our health. Besides its nutrition value, pumpkins are also useful in removing the excess gas in the gut.

Buttermilk is another great home remedy for curing the bubble guts. This product contains health bacterial that helps in regulating the bad bacteria. When they do this, they help to come up with a healthier digestive system, which is less prone to the bubble guts.

Before applying any of the mentioned remedies, it is best to know the underlying cause.

In most cases, the remedy is quick although there are conditions that need medical attention. When you use several of the mentioned solutions and still find no remedy, it is best to consult your doctor. All the best!

Balance: A Short Guide to Realigning Your Life