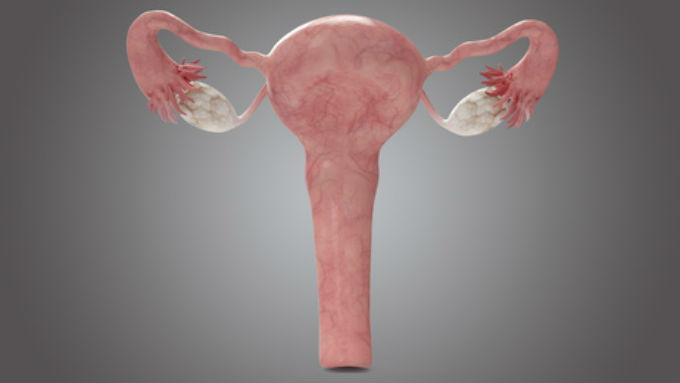 Today you will discover all you need to know about Anteverted Uterus.

The womb or uterus is composed of two main parts, which are the location of the fundus (top body) and the lower cervix.

These two parts determine the positioning of the uterus.

According to Baby Center, the anteverted uterus is regarded to be normal, as it does not affect pregnancy or its conception. The tilt of uterus might change due to ailments such as:

Do you have persistent backaches? Is sex painful for you? Perhaps it is time to see a doctor. Although a retroverted, uterus may make sex painful or uncomfortable, painful menstruation and difficulty using tampons, women with this type of uterus do not experience any symptoms.

A retroverted uterus is not considered as an abnormality because it only describes the tilt or position of the uterus and not its structure.

Basic Information About The Uterus

Uterus or womb is an important part of the female reproductive system. It is a muscular organ which is hollow and has thick walls located in the pelvic area. A fertilized ovum or egg is nourished into a viable individual in this structure.

In a woman who is not pregnant, the uterus is a small pear-shaped organ about 7 cm in the vagina. Two fallopian tubes are attached to the uterus at both sides less than 2.5cm from the top or fundus. The portion below the level of the tubes is the body of the uterus.

Each month, the lining of the uterus thickens in case a sperm fertilizes an ovum. If the ovum is not implanted, the thickened endometrium or lining breaks down and passes out of the vagina during the menstrual period. When the uterus contains a fertilized egg, it has to stretch a lot to make room for the baby to grow.

When the child is set to be born, the uterus may be more than 50cm long from top to bottom. During labor, muscles in the uterus relax to pull the cervix open so that the baby can pass out of the uterus. After the infant is born, the uterus starts to revert to its usual size. 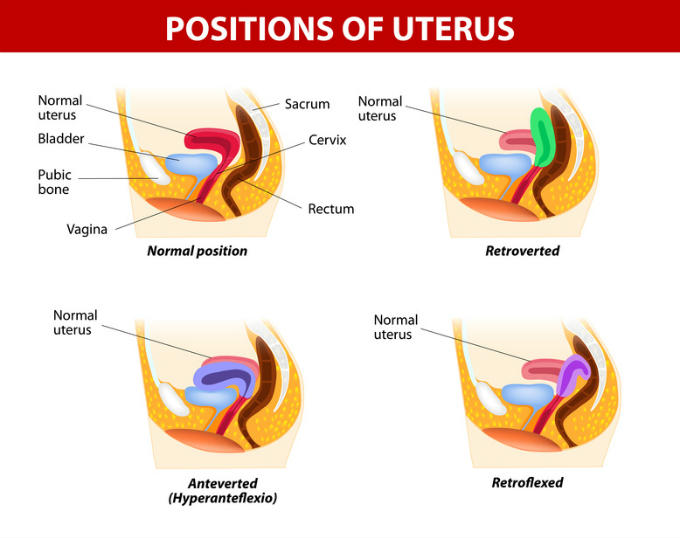 Fallopian tubes or oviducts are two muscular tubes, one on each side of the uterus. Each month as part of the menstrual cycle, an ovum is released by one ovary into the fallopian tube nearest to it. If a woman has intercourse with a man around this time, the egg may be fertilized by a sperm in the fallopian tube.

As the ovum moves through the fallopian tube, it is most likely to encounter spermatozoa about halfway along the route to the uterus, the usual site of fertilization. However, any obstruction or lesion in fallopian tubes can be a reason of sterility.

The cervix is the neckline of the uterus and a passageway between the vagina and the uterine cavity. In a woman who is not yet and has never been pregnant, the cervix is almost conical in shape. It protrudes from the uterus into the vault of the vagina. It is closed during labor so that the baby can leave the womb and be pushed out through the vagina.

What is an Anteverted Uterus?

An anteverted uterus is just the way the uterus position and how it develops. Four out of five women have a uterus that is uterus tilted forward to the bladder and belly rather than tilted towards the back or at the mid-position. This positioning of the uterus is considered to be normal.

If an anteverted uterus woman experiences pain during sex, it is caused by another condition and not this position of the uterus.

What Causes a Tipped Uterus?

The following reasons are why these conditions occur;

Symptoms of a Tipped Uterus

A backache: Although some women do not experience these symptoms, the common symptom connected with a tilted uterus is a backache. This is apparently as a result of blood trapped in the uterus, which causes the uterus to be tender and enlarged. This tenderness of uterus inflames the back nerves leading to a severe backache.

Getting Pregnant with Tipped Uterus

Dishonest physicians reinforced a wrong belief to people with a retroverted uterus that retroverted uterus would make childbearing impossible and difficult. They said that surgery was needed to “correct” the condition. So an operation was conducted to rotate the uterus into a forward – position.

Unfortunately, the operation on the tilted positioned uterus give these doctors with a good source of income, as there are still many surgeries of this type performed today, even though we know it better.

Here is what you should be aware. Genes determine the state of the uterus. If your mom had a retroverted uterus, there are higher chances that you will also have a retroverted uterus. Your mother gave birth, and so you can have children too. The position of your uterus does not make any difference to your ability to have children, or to your health.

The treatment of tilted uterus depends on the persistence of the symptoms. If there are no symptoms, then treatment is not necessary. When there are minor symptoms, some doctors only recommend an exercise regimen, stressing activities in the knee-chest posture so as the uterus to fall forward and empty any trapped blood

The tilted uterus t may be pathological and inborn. If it is inborn, then it is normal. The treatment is required if it is pathological. Either way, the road to a happy life without diseases and problems can be achieved through prevention and be living a healthy lifestyle.

How the 3 day Military Diet works

Ear Hurts when I Yawn – Causes and Cures